Legend Has It – Run The Jewels Lyrics 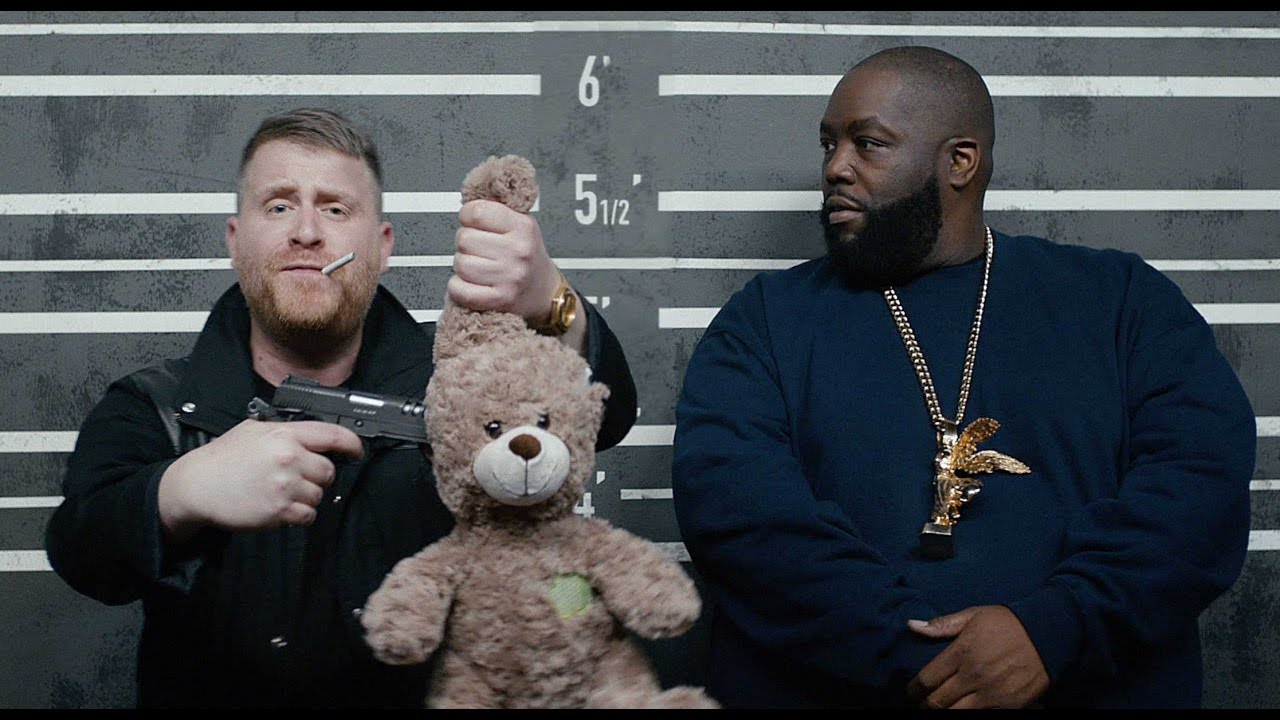 Official Source – Legend Has It Official

Legend Has It – Run The Jewels Lyrics

Hear what I say, we are the business today
Fuck shit is finished today
RT & J, we the new PB & J
We dropped a classic today
We did a tablet of acid today
Did joints with the masses and ashes away
SKRRRT! We dash away
Donner and Dixon, the pistol is blastin’ away
Doctors of death
Curing our patients of breath
We oughta pay you the trust
Crooked at work
Cookin’ up curses and slurs
Smokin’ my brain into mush
I became famous for blamin’ you fucks
Maimin’ my way through the brush
There is no training or taming of me and my bruh
Look like a man, but I’m animal raw
We are the murderous pair
That went to jail and we murdered the murderers there
Then went to Hell and discovered the devil
Delivered some hurt and despair
Used to have powder to push
Now I smoke pounds of the kush
Holy, I’m burnin’ a bush
Now I give a fuck about none of this shit
Jewel runner over and out of this bitch
Woo!
Woo!
Step into the spotlight, woo!
Woo!
Copping of uppers and downers get done
I’m in a rush to be numb
Droppin’ a thousand ain’t much
Come from the clouds
On a missile to turn this whole town into dust
Don’t make a sound, baby, hush
I am the living swipe right on the mic, I’m a slut
I don’t know how to not spit like a lout
I’ll spill a pound of my kids on your couch
Half of a mongol and mythical team
Feelin’ this treacherous theme
Legend says El is a spawn out of Hell
The myth is my mom is a murderous queen
Your life can end like in Godfather 1
You get the gun as I christen my son
If I die today and it’s Hell I should pay
Tell the Lord Mikey said, “Fuck, it was fun”
Every new record’s my dick in a box
We here the goons, eat them rulers a lot
You’re getting used to me doing no wrong
I don’t play chicken, you prick, I’m a fox
You wanna kick it, I’ll give you the rock
You kiss the wood chipper blade if you bark
I’m fuckin’ magic, in fact I’m a warlock can talk
I got a unicorn horn for a (Stop)
Woo!
Woo!
Step into the spotlight, woo!
Woo!
And the crowd goes (RTJ!)
And the crowd goes (RTJ!)
And the crowd goes (RTJ!)
And the crowd goes (RTJ!)
(RTJ!)
(RTJ!)
(RTJ!)
(RTJ!)
Mike in the jelly, won’t snitch
I’ll rent a room at the Ritz
I’ll sip a fifth of the whisk
I’ll smoke a dub in the tub
Then I will split both my wrists
I’ll pull a sword on you simps
Just for the flick of the wrist
Kitchen ain’t givin’ a miss
Me and Mike skip away whistlin’ and grin
Every day’s golden when you only win
Bullyin’ bastards and beatin’ on beats
Sounds like a day at the beach, preach
I keep the metals to step on your feet
Before you can speak, blaow to defeat
We move on one to ones, you think I’m meek
You think I’m lyin’, you right, see my teeth
Don’t be a bore when I roar if I move
Hunting’s no fun when your prey doesn’t move
I’ll put a gun to a bunny like choose
Say somethin’ funny or bunny go boom
You got a bevy of shit you could groove
We’d like to thank you for choosing our crew
And that’s from the crew you can trust
Warranty plus for fuckin’ shit up
We are the no-gooders, do-gooders
Known to the dancers and dealers and doers of dust

The Night They Drove Old Dixie Down Lyrics – The Band