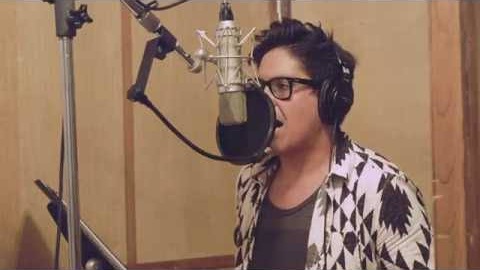 [MICHAEL:]
I am hanging in the bathroom at the biggest party of the fall
I could stay right here or disappear, and nobody’d even notice at all

I’m a creeper in a bathroom ’cause my buddy kinda left me alone
But I’d rather fake pee than stand awkwardly, or pretend to check a text on my phone

Everything felt fine when I was half of a pair
Now through no fault of mine, there’s no other half there

I am hiding, but he’s out there, just ignoring all our history
Memories get erased, and I’ll get replaced, with a newer, cooler version of me
And I hear a drunk girl sing along to Whitney through the door, “I wanna dance with somebody!”
And my feelings sink, ’cause it makes me think: now there’s no one to make fun of drunk girls with anymore!

And I can’t help but yearn
For a different time
And then I look in the mirror
And the present is clearer
And there’s no denying, I’m just..