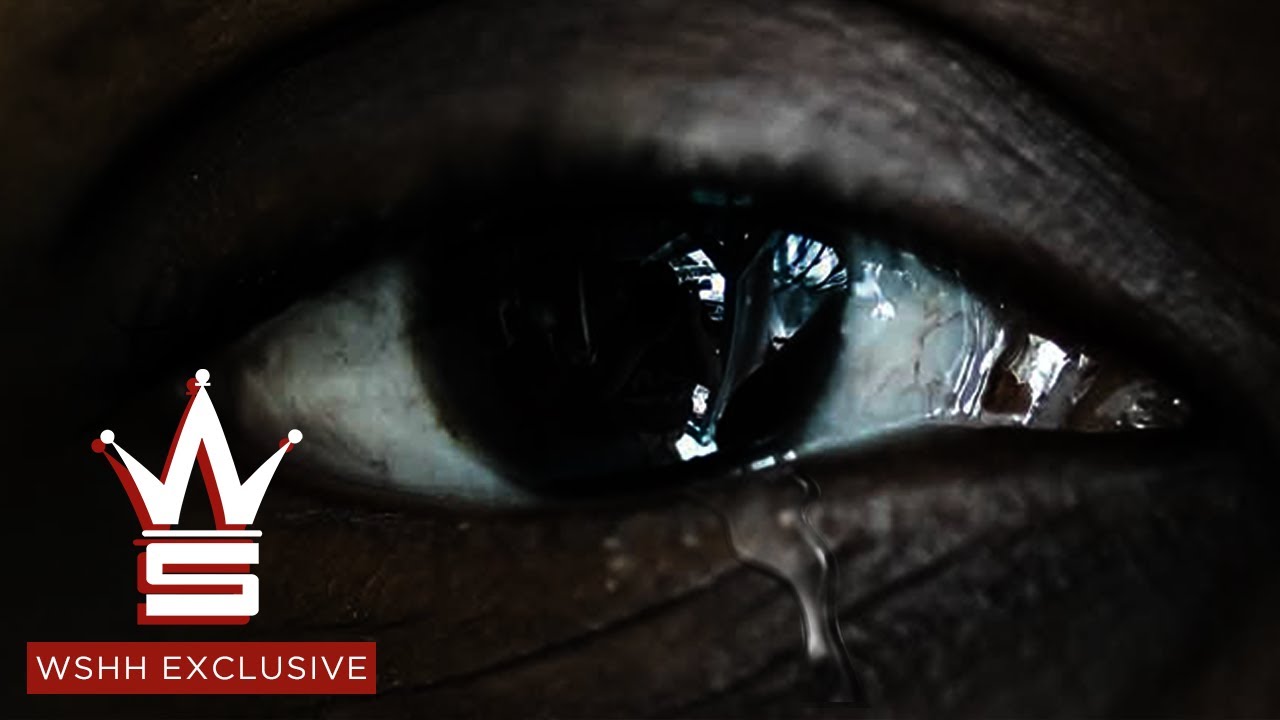 [Intro: Tamika Mallory]
No justice, no peace
And if there ain’t gon’ be no justice, there ain’t gon’ be no peace
Young people are enraged, and there’s an easy way to stop it
Arrest the cops
Charge the cops, charge all the cops
Not just some of them, charge them in every city across America where our people are being murdered
Charge them everywhere, that’s the bottom line
Charge the cops, do your job
Hol’ up

[Verse 1: Trae Tha Truth]
The way we runnin’ out of time, it ain’t no point of a clock
You might get killed for being black, no longer state of a shock
Too many lames to keep account, like when the hell it’s gon’ stop?
Crooked cops treat us like ops to leave us dead in a box
Nobody love us but the hopeless, so we misunderstood
They feel like black lives don’t matter, we just hopin’ it could
They say racism don’t exist, if not, why the fuck we pissed?
They hate me ’cause my skin, I’m proudly ripping behind this fence
No more killing our own, that’s why we gotta to stick together
I be damned if we don’t fight, we’ve got to try this shit together
Dear Mr. President, you’re fucking us over
Like we a terroristic threat, the ghetto covered in soldiers
Fear my only chance to live is with my hand on the trigger
Way they did the homie Floyd, I feel they hunting for niggas
They don’t love me, momma, everyday we under attack
Knowing I try to turn away, I might get shot in the back, fact

[Verse 2: Styles P]
I can’t even sleep right, starin’ at the gun
Should be staring at the peace pipe, hard to see what peace like
.45, still get scared from the police lights
And I came up real rough, right under the street lights
Democrats, Republicans, Mr. President
Mr. Bill Gates, everybody’s tired of the suffering (Everybody’s tired)
First it was the quarantine and Black Lives Matter (Pay attention)
Now back to the quarantine and black lives shatter (Pay no attention)
Police wearing riot gear, black child scatter
Imagine all the pain and the hate it takes with ’em
Wanna make a vaccine and make it for racism (Make that)
Still praying to the Father and keeping my faith in him

[Verse 3: Bun B]
Look at the news and tell me, what do you see?
The cops just killed another black man that look just like me
And naw, this ain’t the first time, and it won’t be the last
Unless you stand up against it, so get up off your ass
Because this is the place, and right now is the time
To let em know where I stand and how I get down for mine
They keep killing my brothers and sisters, getting away with it
So I’m on the frontlines, and I ain’t finna play with it
Black people in America have been oppressed
So we demandin’ racial equality, nothing less
For what they did in the past and still do
Wouldn’t you want somebody to ride if they killed you?

[Verse 4: Mysonne]
It’s Mysonne
Nah, the revolution will be televised
But they keep choking, beating, shooting us and telling lies
We better sever ties with this government (Facts)
You silent about your pain, they gon’ swear that you lovin’ it
Crime don’t fit the punishment, no niggas doin’ forever
Nah, freedom ain’t free, we got to do it together
That means, by whatever means necessary
I’m doing God’s work, so that means I’m too blessed to worry
Believe I’m just next to carry the cross for my people
Fuck cause, we’ve got to stay the course until we equal
When we lost George Floyd, the conscious starting shifting
I feel like Pac fresh up out of prison
I guess I’m just different, my heart pure
Field nigga, fuck I’m gon’ stay in the house for? (Why?)
If it ain’t real, what you open your mouth for?
Yeah, I’m a team player, but I’ll do it without y’all
I’m fighting them southpaws (That’s right)
‘Cause I know what’s at stake
We lose then we doomed, there’s no room for mistakes (None)
I’m doin’ what it takes, on God, we’ve got to beat ’em (Gotta)
No justice, no peace, I’m fighting until freedom

[Chorus: Ink]
No, we don’t know what the future holds
But I know, it got to change
And I pray, I pray that someday we will
But you should know you’re not alone
But still we gon’ fight

[Verse 5: T.I.]
I remember 2Pac said it first, realest shit I heard ever before
You got money for war, but never the hungry and poor
But that why they burning your store
As a message to all, if the only way you could be tall
Is for everyone to be stuck on they knee
Then fuck it, you small, you wack or you weak
It ain’t no explanation why assassination of black men and women continue repeat
But this generation don’t care ’bout no racist, they ready to die, eye for an eye
2 losses for one, take it however it come
You black, better get you a gun
I ain’t dying for nothing, but anyone shooting my son, I’m coming to shoot at the son
And fuck white supremacy and all of the business that been supportive of it since it begun
Gotta cancel our orders, do that for our daughters and all of our sisters, we owe it to them
No hesitation, gon’ go up for them
The [?] of my future, I blew it for them
Attack [?], especially now that the Lord with me

[Verse 6: Conway the Machine]
Another black man killed by police again
Another child with a father they’ll never see again
That’s all I see when I turn my TV to CNN (That’s all I see)
Wonder when it’s gon’ stop, when we gon’ see an end (When it’s gon’ stop)
Yeah, free all the homies that’s still in the cage (Free the homies)
Over-sentenced by crooked judges and racist D.A.’s
Racism in the system is harder
Sentenced a little harsher ’cause my skin a little darker, look (Talk to ’em)
We deal with all kinds of injustice
My uncle died in police custody and not a cop was arrested
Sometimes I wish that Obama could’ve got reelected
The black vote is our power and we got to protect it

[Verse 7: Krayzie Bone]
The people want change, so don’t think it’s strange when you see
The people enraged from being enslaved to the [?]
Would eventually get up and swing back, fight back
Even niggas to police, the people is ready to strike back, like that
Leavin’ us dead in the streets, the people are heated, strike match, like that
Televised so you can see it, the people, they need it, the scene is white-black
Too bad that we had to die, how many more men do they gonna kill?
No need to pretend ’cause this shit is real
Don’t be blinded by the red and blue lights
It’s time to ride, it’s time to rise up
Pay attention and open your eyes up, a little wider
Maybe we need to think a little wiser, reach higher
Can be the incredible, the success is inevitable
Innovators, creators, and motivators, for some reason they act like they scared of us though
So they wanted us grown, they wanted us raised
That will not flow, so we gotta beef
We lettin’ ’em know we ain’t finna be takin’ this shit no more
No justice no peace, this means war
What do ya think they screamin’ for?
Figured it’s time that we givin’ the score
So I got a question for ’em, a message for ’em
What about us?

[Verse 8: E-40]
I heard somebody say that all lives matter, but not in this matter
Black lives matter right now, that’s all that matters
Y’all president messy and immature
Full of shit, cow manure
I might not know politics, but I know prejudice
And Santa Claus ain’t got nothin’ to do with Jesus
His hair was like wool, and it was nappy (It was nappy)
I put that on God, his pappy (His pappy)
Preach

[Interlude]
Dear sister, look I’m sorry for the things I did
When they kill ya in the darkness, we ran and hid
We were ripped from our families, didn’t raise our kids

[Verse 9: David Banner]
But shit, who raised us?
We got used to the pain, it didn’t faze us
I don’t want change, I wanna take aim at our oppressor
‘Til my pistol’s in his fuckin’ mouth, yours is on the dresser at the crib
And if we march, then let’s mob to where he lives
Bandanas on our fuckin’ faces, peace to Freddie Gibbs
Get capped on your song, bitch, I don’t kneel
I’m from the home of Medgar Evers and where Emmett Till got killed
Fuck the NFL and basketball and weak-ass deals
Black kids out here dyin’, fuck how white folks feel
Young bitch